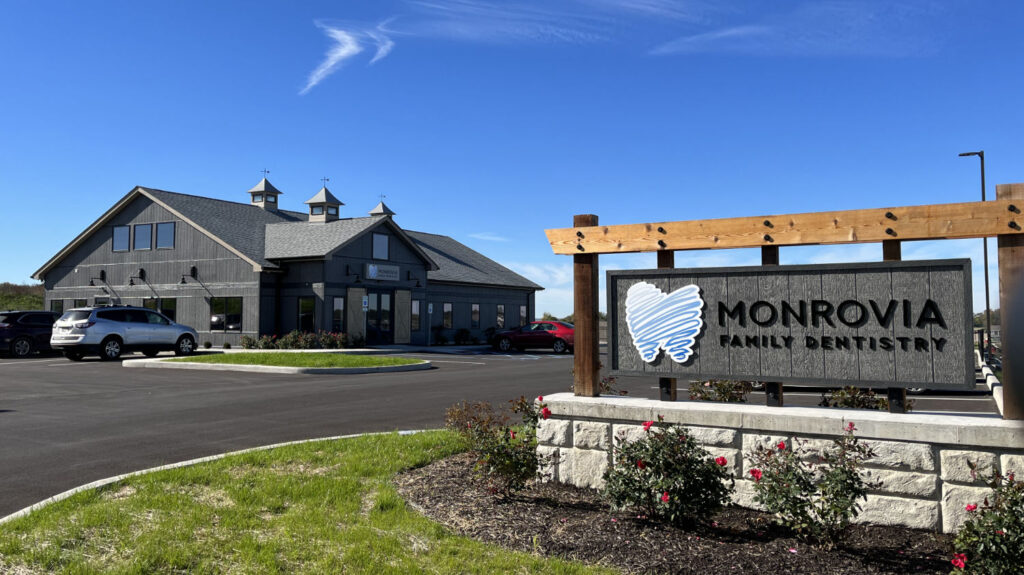 Since 2011, Dr. Mark Sanford, DDS at Monrovia Family Dentistry has delivered safe, comfortable, reliable dental care to Monrovia residents and patients in the greater Indianapolis area. Our facility utilizes modern techniques that improve your care experience for both preventive and more complex procedures.

Monrovia Family Dentistry is committed to treating our patients like they were a part of our own families. Our friendly, skilled staff is driven to make our services as caring, safe and comfortable as possible. 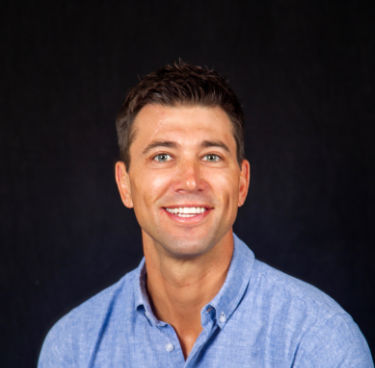 Dr. Sanford grew up just east of Indianapolis where he graduated in 2001 from New Palestine High School. He went on to complete his undergraduate studies at Ball State University in 2005. Dr. Sanford then attended Indiana University School of Dentistry in Indianapolis and completed his Doctor of Dental Surgery degree in 2009.

Dr. Sanford began practicing dentistry in Carmel, Indiana immediately after graduating from IUSD in the summer of 2009. He also spent some time doing oral surgery and root canal treatments for Dr. Tracy Sapp at the Monrovia Dental Clinic during that time. While doing so, Dr. Sanford quickly fell in love with Monrovia and the people. It reminded him very much of where he grew up, and he decided that’s where he wanted to treat patients for the long haul. In September of 2011, Dr. Sanford became the owner of Monrovia Family Dentistry and made it his forever work home.

Since 2011, Monrovia and surrounding areas have seen a lot of growth. Monrovia Family Dentistry has been fortunate to grow alongside. While we might have a bigger facility and bigger team than we did in 2011, Dr. Sanford and his amazing team maintain that small-town feel and try to make sure each and every patient is treated like family.

When Dr. Sanford is away from the office, he enjoys spending time with family. He especially loves watching his 3 children- Warren, Nolan, and Rosalie in their extracurricular activities.

He also loves to do almost anything active and enjoys traveling and watching nearly all sports. When time allows, Dr. Sanford will sneak in a round of golf like most dentists!

Unlike your traditional family dental office, Monrovia Family Dentistry provides specialty services and treatments that aren’t always found in other types of offices. Our in-house financing options make it easy for you to afford the care you need, no matter how complex it is.

What Sets Us Apart

All of our patients receive a personal phone call from one of our dentists after their treatment. We truly care about your experience and recovery, and believe that doctor-patient communication is vital.

Not only is our practice run by experienced family dentists, we also have an on-staff orthodontist so that we can offer complex care that isn’t available in most dentist-run orthodontic locations.

If you’re new to the area or are simply in search of a new dental provider for your family, we invite you to schedule a visit at Monrovia Family Dentistry. We’re always happy to welcome new patients!

REQUEST AN APPOINTMENT!
Welcome Video:
Monrovia Family Dentistry
5.0
Based on 406 reviews
See all reviewsWrite a review

Lorrie Koons
Absolutely love this practice! My entire family goes there. They are welcoming and remember you! You’re not just another patient but they actually care for you. We’ve all had excellent experiences and I cannot recommend them enough!

Summer Freeman
My experience here went beyond my expectations. I had to travel over an hour to find a place that took my insurance and Monrovia Family Dentistry made it all worth my while. The staff are all absolute ANGELS! The building and equipment are all modern. I felt like a Queen! I was so nervous after not going to the Dentist for years but I look forward to my next appointment because the staff were all so sweet, helpful, lighthearted and intuitive. The Endodontist on site was knowledgeable, kind and answered all my silly questions with lightheartedness. Special shout-out to Molly who filled me in for the most pleasant, and thorough cleaning I’ve ever had. Overall incredible experience. I left feeling like there was hope left in this world.

Kelsey Hyatt
We love Monrovia Family Dentistry! My whole family goes! They have made it a fun experience for my kids. I also have an autistic nonverbal son and they have been so gentle and understanding with him! They are hands down the best dentistry we’ve been to!

Bruce Dorsett
Natalie cleaned my teeth, she was awesome . Gentle and very caring. I give her a 10 out of 10 !!! Great new office and parking lot !!!
Go to Top